JEE Mains- one of the most hyped examinations for students who wish to opt engineering as career is going to commence in first 10 days of April. The online exam will take place on April 3 while the offline exam will commence on April 9. After the successful commencement of this exam, the students who appeared in the JEE mains exam will be eagerly waiting for JEE Main 216 Answer Key for checking the answers to the questions they have attempted. CBSE – the controlling authority of JEE examination across India and few cities of the world has already fixed the date of release of 2016 JEE Main Answer Key.

For the students, who don’t know that CBSE is going to announce JEE 2016 Answer key, the good news is that CBSE has finalized the date of release of Answer Key. It will be released on 18th April. You are allowed to challenge any answers on that Answer Key by 22nd April. Though, most of the institutes and websites will release the unofficial JEE Main Answer Key 2016 with solutions much before its official release, but no one will claim for the correctness of answers they have provided in their answer key. The students who wish to check the exact answers for the questions that were given in JEE exam, have to wait for the release of answer key by CBSE.

The thing that will also be hyped is the JEE 2016 Cut-off. The JEE cut-off for examination conducted in 2016 will be announced on April 27. But, much before that the expected cut-off would be given by most of the coaching institutes and expert teachers available on web. The cut-off might go high from previous years as the competition is increasing day by day. Students are coming up with new approach and tactics to solve the questions in less time with accuracy. This had made the competition really hard and only the brilliant students will get colleges of their choice. 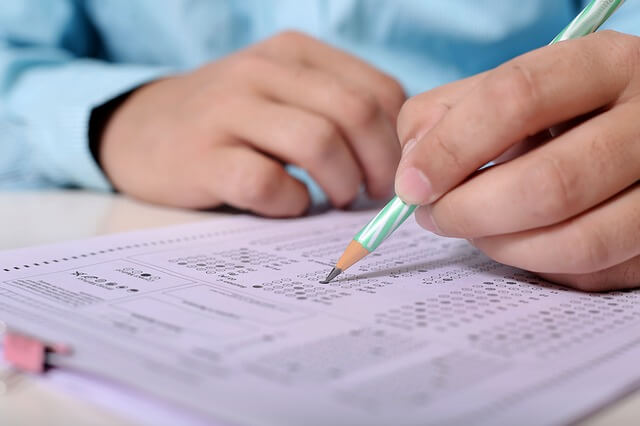 CBSE has already finalized the date of announcing JEE Main Cut-Off which is April 27. There are more than 13 lakh applicants who have applied for JEE Exam this time and only the first 2 lakh candidates scoring above this cut-off will appear in the JEE Advanced examination which will be held on 22 May. This will be the exam for admissions in IIT and few prestigious national level colleges in India. First of all let us check the previous two years cut-off for JEE Mains examination. After this, we will talk about the cut-off for JEE main 2016 examination.

We can clearly observe that the general category students need to work really hard in order to get admissions in colleges like IITs and NITs. The scoring marks are immensely reduced for OBC, SC and ST category people. This is one of the biggest loop holes in Indian educational system that needs to be eradicated. So, this is the expected cut-off for JEE Main 2016. You can check out JEE Main Answer Key 2016 in order to find out your mark and check whether you are qualified for JEE-2016-Advanced or not.

JEE Main is the exam targeting lakhs of candidates who are willing to make their career in engineering. A number of students eligible for the JEE exam apply to take up the examination, but only 10-12 percent of them are selected in major institutes of India. So, keep an eye over JEE main cut-off this year and check out whether you have crossed it or not by comparing your answers with CBSE released 2016 JEE Main Answer Key.

4 Apps That Will Help You Budget For Homeownership

Tips for Keeping Your Employees Up To Date About Technology

Technology in Sports for the Active Hobbyist

JEE Main 2016 Expected Cut-Off: Know what the Qualifying Score is?

Would You Buy an Android-based Computer System?